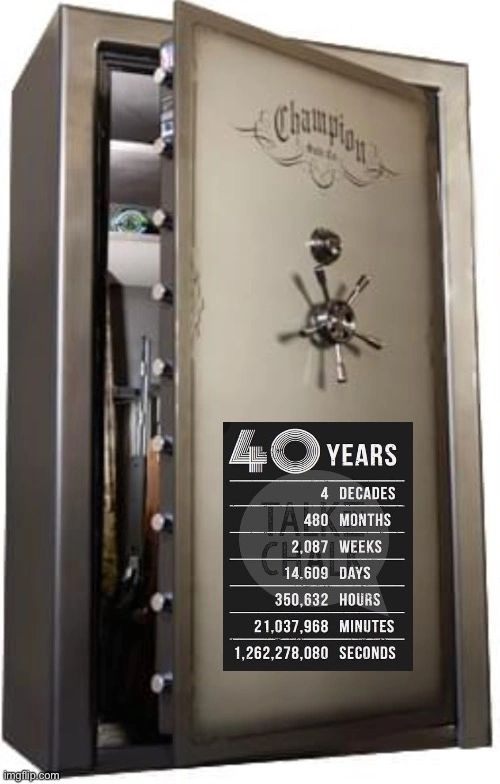 I  started this business in Knoxville, TN in August of 1981 having managed what was then, Bruner Shooters Supply in the same location.  Long story short, the owner wouldn't allow me to do the job he hired me to do, and he announced he was closing the business as it was failing.  That's when I decided to start Southern Security at the ripe old age of 23, and the rest is history.  It became one of the largest, if not THE largest volume dealership in the nation.

I constructed a new building in Kingston, TN in 1984 where I would stay for 28 years.  I'll spare you the details, but when the warehouse distributor programs were dropped in favor of dealer direct programs,  I no longer need that warehouse.  I am now renting retail floor space in a large gun shop/shooting range, Frontier Firearms, which belongs to a longtime customer turned long time friend.   It has worked out to be a good thing for both of us.

In that 40 years,  I have represented American Security Products Co (AMSEC Safes)  Browning Safes, which started out as just Pro-Steel Safes which became Browning-Pro-Steel, Cannon Safes,  Fort Knox Safes, Granite Safes, Liberty Safes, Treadlok Safes (the original and the later reincarnation), and Winchester Safes which were made in the USA by Meilink.  I'm sure I'm forgetting a few.  With that, I know pretty much every safe out there and can tell you the good, the bad, and the ugly of the safe industry for the past 40 years.  Being  a straight shooter is why this business is still here, and I fully expect to have a 50 and even a 150 year anniversary as this is a family business that will continue.

We look forward to serving your security needs, even if that is through saving you money on the delivery of a safe you purchased elsewhere.  We have been doing that since COVID basically shut down everything except the Chinese safe manufacturers.  We deliver safes for Rural King and a few others, and we also pick up and deliver safes for customers who don't want to pay the high prices from the companies who are contracted to deliver safes from Tractor Supply and numerous other big box stores.

Thanks to all the thousands of you customers for 40 years of business.

The early days in Knoxville with yours truly standing beside an early Pro-Steel safe.

We also relocate safes between homes/businesses.  Same rates as above x 2 as we are basically "undelivering" one safe and redelivering it to another location.  $2.00 per mile one way from our location (we can tie your relocation in with something that has us in your area) to the final destination.  Discounts for multiple safes.

* Stores within 150 miles of our location in Kingston, TN but longer distances may be possible.  $2.00 per mile one way from store location to delivery location.

We currently have NO display safes due to manufacturer  backlogs.  Call for current information.  We are concentrating of safe deliveries and relocations at this time.  NO Southern Security personnel in store until further notice, but call or text anytime 10AM-10PM.